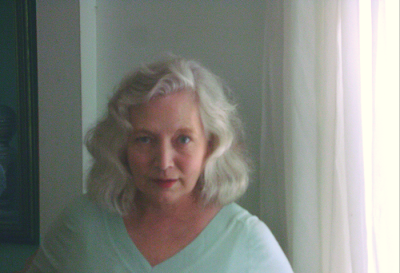 Mackenzie Andersen was raised in Maine since the age of four, in a small family business which designs, handcrafts, and markets ceramic art and design. The business was directly connected to the home in the manner of a farm so that family and business merged into one on-going process, with design, production, marketing, retailing and wholesaling a continuous activity in which the participants often wore rotating hats.

Mackenzie attended Pratt Institute and lived there after in New York city for several decades where she was involved in a series of arts related enterprises, never quite finding what she was looking for until she returned to Maine to carry on the family ceramic art and design business.

The Andersen family business was established with a mission to create a hand-made product affordable to the middle classes. Andersen Stoneware was born in the golden days of plastic and of the American middle class – a time when the diistribution of wealth took the form of a bell curve with the largest amount of wealth distributed amoung the largest number of people, as Mackenzie’s dad would often say. The Andersen lines of wild life sculpture and contemporary functional design became symbols of the Maine life style, widely recognized nationally and internationally. All the while, Andersen stoneware remained committed to retaining an identity as American made craft and design.

As a second generation member of a family business, Mackenzie has her own mission to achieve, which is to re-conceptualize Andersen Stoneware as a business that can be transferred and continued through a community larger than family. The present political socio-economic climate presents huge challenges to that goal, which at times may make the option of manufacturing overseas seem more realistic. However in honor of the long and difficult struggle in which Mackenzie’s parents persevered before achieving success, giving up on the idea of preserving Andersen Studio- Andersen Design as an American made craft is “unacceptable” - as the president of our country would say

To that end, political commentary and investigative research has become another element incorporated into the continually evolving process of preserving a creative micro-economy business in the contemporary world.

M oney is not what it used to be, so must our ways of thinking about it adapt. jaakko-kemppainen-unsplash The message treads across the media terrain, beating louder and louder as if to drown out the beat of the distant drummer. W arning! The only thing the stimulus will stimulate is inflation. The people will pay as the wealthy elite invests their windfalls in financial assets. Doom and gloom set to march across the land to the beat of the distribution of stimulus funds. In recent years as past predictions of fiscal disaster following stimulus spending failed to materialize and so the thinking about national debt and deficits has evolved, most noticeably with the development of  Modern Monetary Theory . In the   fall of 2020,  National Affairs  published a story,  Does the Debt Matter ? by Peter Wehner & Ian Tufts. Peter Wehner is vice president and senior fellow at the Ethics and Public Policy Center and served in the last three Republican administrations. Ian Tufts is a recent g
Post a Comment
Read more

Tweet This: http://goo.gl/BcA6ru Government As a Secret Society The response to my informal suggestion that public accessibility to government could be improved by making information available in a searchable data base ( see previous post) subjectively confirmed that the  functioning power elite of Maine's economic development programs and policies are both intentional in instituting a political ideology that supersedes the will of the people, as expressed in the Maine State Constitution, and deceptive towards the general public. 1.Information made available on an agency website but not in a searchable database format may not provide the research and investigative tool needed by the public. The Freedom of Access Act does not require that public information be posted online in any particular format, just that public records be made available. While there is a strong argument for increasing the accessibility and usefulness of information, there is no current requ
Post a Comment
Read more

What is the Meaning of “Capitalism” and Other Out-Moded Terms?

Time for a Language Upgrade? wonderlane-unsplash In the Beginning: The true history of eleventh-century civilization is a source of inspiration for contemporary apocalypse dramas. After five centuries of living in danger and uncertainty, walls were built around the town, so that the populous could focus on living rather than surviving. The church was the center of the community, attracting fairs, incorporating a marketplace and theatre, into its orbit. Technology had not developed to the stage that it required concentrated capital beyond the means of the ordinary citizen or town, creating an egalitarian society with a locally based economy in which wealth was created through production. Artisans and tradespeople typically made up four-fifths of the town populace. In the beginning, the economy grew through the activity of industrious producers before merchants gained dominance. Barter was the currency of exchange. And so I wondered, does the early medieval society qualify as a capital
Post a Comment
Read more