February 04, 2012
A Guest Op Ed By Roger Ek,
Republican Town Chairman for the Town of Lee 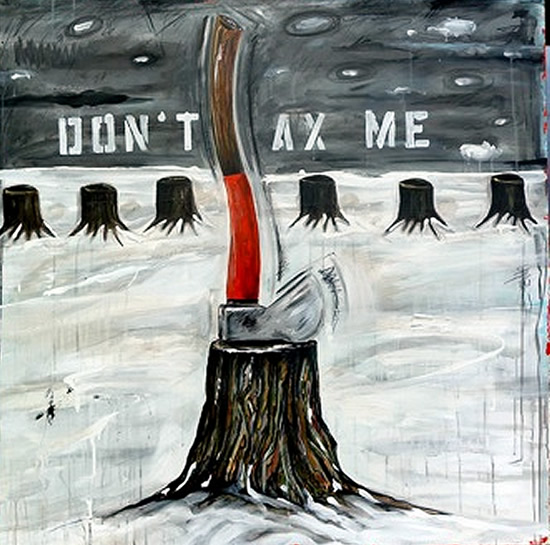 Over 40 years ago, the Maine legislature decided that the residents of the Unorganized Territories should not be allowed to govern themselves. They would be better off if they were controlled by seven appointed members of a commission. At the time, a legislator from Aroostook County said that such a bill would cause poverty throughout Northern Maine. He was right. The bill creating LURC passed by one vote.

Two years ago during a television interview of the seven Republican candidate for governor, the moderator asked if the candidate were to significantly cut back or eliminate a state agency which one it would be. Paul LePage answered, "LURC." Last year Rep. Jeff Gifford introduced legislation to do just that. The legislature did what it usually does when a bill is controversial. They did it when the COMPACT was proposed. They established a committee to study the bill.

On Tuesday, January 10, the committee presented their recommendation to the Agriculture and Forestry Committee in Augusta. The result was astoundingly arrogant. As proposed by the committee, the new  "jurisdiction-wide" LURC would be bigger, stronger and meaner. The size of the commission would increase from seven to nine, but every position could still be appointed. The people in the UTs would not be allowed to nominate or elect these people.

The onerous CLUP would remain intact and all existing and proposed plans would remain in effect. They rub salt in the wound. LURC would continue to "discourage the intermixing of incompatible activities." 'Incompatible" in whose opinion?  Why can't the owner decide if he wants to live beside his business? They speak about "well managed land use". In whose opinion? Certainly not the landowner.

After the new LURC has consolidated its new powers for three years, counties could beg LURC to manage their own lands. Such plans would need to be approved by LURC and the DEP. You see, the DEP gets more powerful too. In order for a future county CLUP to be approved by the DEP, unorganized townships near "service center communities" would be governed by the service center community, not the citizens who actually live in the townships. Even then the DEP would control the regional CLP.

The proposed new LURC would require more people to be hired into a bigger bureaucracy. Before serving on a county planning board for example, the DEP would determine which and how citizens have "demonstrated capacity" to serve. There are thousands of talented responsible people living in the Unorganized Territories.. It is incredibly arrogant that an outside state staff believes they have a right to approve the election of local and county officials. We elect legislators without DEP approval. We can elect country planning boards without DEP approval. When we elect citizens to positions in government, those officials do not need to be endorsed or approved by the DEP - yet. Is this something the DEP wants to establish state-wide?

The goal of Rep. Gifford's bill was to abolish LURC and reestablish freedom in the Unorganized Territories. Nowhere in the new "super-committee" vision for Northern Maine are the words freedom, liberty, self determination or economic development. It appears that nine out of the thirteen members of the super-committee that drafted this power grab have very close ties to the environmental industry. They have obviously not read or completely disregard the Maine Constitution. As the legislature begins consideration of how to deal with the existing LURC, I recommend that they begin at the beginning with Article 1, Section 1 of the Maine Constitution.

I beseech  the legislature to reject this report in its entirety and in the unlikely event that it passes the legislature, that Governor Paul LePage keeps his promise and vetoes the bill. The futures of the citizens in the Unorganized Territories depend on it.

Though our Constitution defends us, it cannot defend itself.

This is the Response from Chris Gardner and the general discussion at As Maine Goes of Rofer Eks Editorial in the Sun Journal.