The Battle Front Over Education: Progressives VS Conservatives 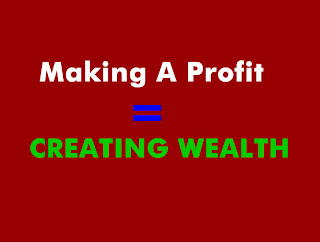 PULLING THE STRINGS: Maine's digital education agenda is being guided behind the scenes by out-of-state companies that stand to profit on the changes.- quote from Colin Woodrtds Award Winning Report meriting a full page ad in the Portland Press Herald


This is my latest post on AS Maine Goes- where I am recording my investigation in segments . As Maine Goes is the best alternate media that Maine has- it is an internet discussion forum:
In Colin's report , the claim is made that The American Legislative Exchange Council- the conservative organization-submitted bills to the legislature “motivated by their bottom line”. The only reference I have found thus far as to the what the legislative bills are is in this paragraph from Colins Report as published in The Portland Press Herald:

ALEC’s membership lists and the model bills they provided to legislators were secret until last year, when they were obtained and published by a watchdog group, the Center for Media and Democracy.


This would be the perfect place to provide a link to what the bills that ALEC allegedly wrote- but no such link is provided. So I looked up the Center for Media and Democracy, where this description of its politics is found on Wikipedia

CMD states that it is a "national, independent, non-partisan public interest newsgroup".[5] A May 2012 article in Isthmus referred to CMD as an "activist group". The Isthmus article stated that "For most of its two-decade history, the Center for Media and Democracy was a behind-the-scenes progressive group" that "In the last three years...has emerged as a progressive powerhouse."[1]


The Washington Post has described CMD as "a liberal organization that tracks the use of public relations by corporations and politicians"[2] while for the Milwaukee Journal Sentinel it is "left-wing" and "liberal."[6]


I didn’t find the list of legislative bills accredited to ALEC there- just this other list that reads like a political hit list- as usual no real articulation or substantiation found on Wikipedia for these claims- one has to keep on digging for that!

The Sidney Hillman Foundation, which awarded CMD a 2011 Sidney Award for ALEC Exposed,[15] wrote that the key findings from the ALEC exposé were:[13]
· Corporations and state legislators work together as equals to draft model legislation.
· Drafted model legislation that made polluting easier, voting harder, and wages lower.
· The anti-collective bargaining laws in Wisconsin and Ohio began as ALEC model bills.


It is no big secret that the progressives have been using the public educational system to indoctrinate the youth in their political ideology since at least the sixties- starting with our institutes of higher education- especially the ivy league institutions where graduates can be most expected to end up in an elite managerial class through out society. By now the progressive agenda has infiltrated all the way down to sub-primary classes in our public schools-and NOW we have a conservative group that is trying to get in on digital education- and so the issue of content does matter- but it is never mentioned in this “report”. Education is a very important political tool. It is possible that with conservatives in the mix they could re-introduce the political philosophy of our founding fathers into prominence in our educational system and move the progressive agenda backwards!

I haven’t found the list of legislation yet but it seems reasonable to assume that they would be included in the Maine State Charter Commission statute
Title 20-A, Maine Revised Statutes, chapter 112

I haven’t the time today to read that but I have added a section for The Maine Charter Schools Commission on my list of legislative links that is one of the pages on my blog.

You can Follow and join the discussion on As Maine Goes HERE.