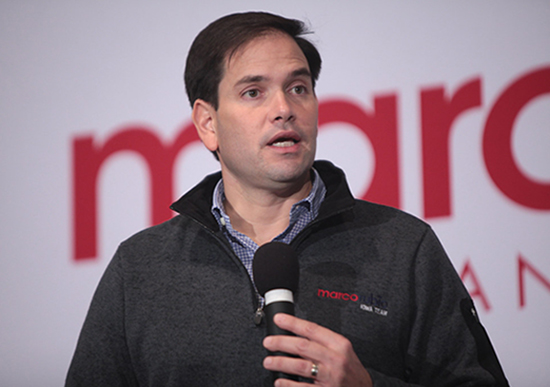 Business Insider recently published an article about the Scandinavian Nations having one of the highest divides between the haves and the have nots. According to the justifying rational for the large divide in the distribution of wealth, between the many and the few, as advanced contemporary welfare states, the masses in Scandinavian countries have no need to own property. Property ownership, in this rational, is only necessary for the entrepreneurial class, which supposedly invests in business.

I haven't researched what goes on in Scandinavian nations to the depth which I have done so for Maine, but suffice it to say that what I know about Maine as a result of independent research is not common knowledge distributed in the media. Extrapolating the information gap between independent research based on reading the statutes myself and what I would know about if relying solely on the media, to the entire world, it follows to suppose that common knowledge about anything anywhere is controlled by a shadow government. Whether or not the Scandinavian entrepreneurial class is really investing in business is an unknown, but thanks to a new report by Senator Marco Rubio titled American Investment in the 21st Century, it is no longer unknown in the USA.


Our first objective is a description of the assumed institutional arrangement of the U.S. economy. This is most clearly described as an intuitive understanding of the flow of money, a kind of “economic order” that the economy follows, which often operates in the background of public discussion of economic matters. It proceeds like this: financial institutions, such as banks or credit unions, lend money to businesses, who use the money to invest in projects and activities in the course of competition with other businesses. Workers receive wages from their employers, which they use to provide for their households, buying consumer products from other businesses and saving for their families’ future in banks and retirement accounts. Financial institutions then lend their savings back out into the cycle, which starts all over again with greater productive resources than it had to begin with. American Investment in the 21st Century by Marco Rubio pg 13

Rubio's report, documented with many statistics, identifies a newly operative economic order in which the role of macroeconomy business has shifted from that of investors in the economy to lenders to the economy. This shift has come about in response to shareholder primacy, as the dominate economic ideology within the macro economy since the 1970's. By this is meant that shareholders returns take precedence over earnings invested into new business growth. Instead of investing in non-financial business assets, such as equipment and labor, non-financial businesses are investing in financial assets (stocks) and the role of business in the macro (non-financial) economy is shifting from investment to lending. From there Rubio surmises that there has to be a borrower (investor) somewhere in the equation, and that it has to be government.


There must be a borrower. The sectoral balances described above are an accounting identity that must sum to zero. It is here that the rise of corporate lending in the U.S. has important implications. If the U.S. were to accept the permanent financial position of private business as net lender, then by definition it must have some other sector be its investor,and by process of elimination we wind up very quickly looking to the federal government to play the role. " American Investment in th e21st Century by Marco Rubio pg 20

A primary subject of this blog has been independent research into Maine economic development statutes and history,  since 1976 when Maine became a centrally managed economy. Analysis identifies the new economic order in Maine as a wealth redistribution economy composed of government and non-profits versus the part of the economy outside the wealth redistribution economy, which is identified as a free enterprise economy. I say "versus" because by definition a centrally managed economy cannot have anything existing outside of it, not being centrally managed.

Burton Weisbrod's "The Non-Profit Economy" was published in the eighties when the economy was considered to be composed of three separate and distinct sectors, the public, private and non-profit, but today all three can be merged into one. a perfect example of this state of affairs is the Maine Technology Institute, which was chartered by special act of legislation as a public charity, providing grants to the private sector for the purpose of developing products for the commercial market. The board of MTI is authorized by statute to make a private profit and to acquire ownership of intellectual property rights. In Rubio's analysis this is an instance of the government being the investor, if not the borrower. MTI is financed in part by public taxes and the rest remains vague, with the Department of Economic Development often willfully opaque to the public, as is the culture of public-private relationships. According to the MTI statute, all of this is IRS compliant. Perhaps it shouldn't be.

As large fortunes are accumulated by a small top sector of the economy, the holders of private fortunes create non-profit foundations. The funds are coveted by government, which along with the boards of non-profit foundations redistributes wealth. All of the corporations chartered by the Maine Legislature since the state became a centrally managed economy, provide that the corporation can accept money from "any source".

In Rubio's language terms, wealth redistribution is called investing or allocating funds. The Senator has not yet identified that it's not only government allocating funds (investing), it is also the non-profit foundations. Wealth redistribution does not, in itself, create wealth. It is only the free enterprise sector which creates wealth, by necessity, since by the operative definition used by this author, free enterprise, is that part of the economy excluded from the wealth redistribution food chain, as well as its governance. With wealth redistribution comes control over aspects of the traditional business function of wealth creation, not necessarily understood as it relates to specific businesses by the boards and bureaucrats and/or law makers of wealth redistribution institutions. Often there is an attempt to change the role of business from that of creating wealth to that of creating "social justice". An example of this is minimum wage, once a fair job training wage available to all sectors of the economy, is now being construed as a living wage entitlement, and a living wage is no longer associated with an earned wage, representing an exchange of value between employer and employee. This is a spin off of the problem identified by Rubio when, in the 1970's, the macro-economy adopted the ideology of shareholder primacy. That meant that instead of investing earnings in business, more earnings were distributed among shareholders. In turn that meant that worker wages did not increase, as available resources for increasing worker wages went instead to shareholder payouts, and the gap between the haves and the have nots grew wider.

However the solution undermines  nonfinancial non-corporate or micro-economy businesses  most often thought of as small businesses, which remain  net borrowers reinvesting in business growth but do not have as available access to government subsidies covering the cost of worker training as their macro-economy counterparts. A better solution would be to target the minimum wage increase to the sector which is prioritizing shareholders over business investments and/or receiving government subsidies to cover worker training expenses. That may be a moot objective in Maine since the exchange for corporate welfare involves hiring x number of workers at above average wages and benefits as determined by the State. In that case, minimum wage is not an issue, but inflation might be.