The Individual Voices of Economic Development


Around or about the year 2007, I read two books. One was Daniel Pink's, Free Agent Nation, which described the familiar world in which I was born and bred, the other was  The Non-Profit Economy, by Burton Weisbrod.

The edition, I read, of Weisbrod's book  was published in the eighties. At that time Burton Weisbrod described three separate sectors of the economy, public (government), private (free enterprise), and non-profit. At that time, as Weisbrod tells it, each sector was separate and complimentary, serving purposes which the other two sectors could not. Weisbrod identifies the emergent trend in which the three sectors merged, allowing for innovative creativity in the application of expenses in companies which combined profit and non-profit subsidiaries.

In Maine the three formerly separate economic sectors have been incrementally merged into one totalitarian system serving the State's "targeted sector, in which "quality jobs" are created in exchange for tax exemptions and refundable tax credits. An example of the merge of the three sectors into a single entity is the Maine Technology Institute, chartered by the Maine Legislature as a public-private non-profit corporation-and there you have it- the three sectors merged into one.

The early version of Weisbrod's book was an excellent precursor for my later research as it describes the economic paradigm as it was before the fundamental transformation via public-private relationships. The 1980's version of Weisbrod's book was written at a time when each sector was conceived to be separate and complimentary, as it should be. We need to keep that vision in mind as we encounter a world in which we are frequently sold a bill of goods by powerful oligarchies.

Free Agent Nation describes a world in which "Americans New Independent Workers Are Transforming the Way We Live". It's subtitle says "The Future of Working For Your Self". When I first read the book, this was the world I was aware about. I have since become cognizant about what is going on at the Maine legislative and now my home town municipal government in Maine. In Daniel's Pink's vision, America was trending toward small entrepreneurship and independent lifestyles in rejection of the man in the gray flannel suit working for the corporate power grid. I fear Mr Pink's vision is lately losing the battle for equal space and time.

There is at this time a master plan under development for the Boothbay Region in Maine. The formation of the Joint Economic Development Council of Boothbay and Boothbay Harbor was not decided by the public, but by the selectmen of the two towns, acting as it were, as the CEO's of two corporations, but a town without a charter cannot be a corporation, opening up a series a questions about the source of the authority involved in forming a joint economic development council for two sovereign municipalities, The explorarion of that subject is beyond the scope of this current post.

The free agent nation of today needs to articulate its own vision for economic development, if it is to continue to survive in a society which sometimes seems bent on wiping it out. This will not be in the form of a master plan for that is the tool of totalitarian systems. The vehicle of the free agent nation  is the social enterprise, individual entrepreneurs who measure their success in the terms of principals and social, personal, or spiritual values, as well as profits, the latter being the means to achieving the former. Through working together with all players of the economy, even the man in the gray flannel suit and the corporate grid complex, the economy develops through a non-local synergy flowing through all of its parts. The only master plan is in God's will, or for those who prefer a different term, the laws of nature, both classical and quantum.

A few years back I went to the town office to get a "Doing Business As Form" and I was handed a long legal document asking for every bit of personal information imaginable. I was told to fill out three copies and to bring them to the next town board meeting. The top of the form had some very legal language. When I pointed the legalese out, I was told "Don't worry about that, we only use this form because it is the only one we have". I said our property has  grandfathered zoning as a business in a home, which the young clerk at first decided not to hear. She told me she was only trying to educate me. After repeating that we are already zoned as a business in the home several times, she said that I might want to do something that isn't included in our current activities. Like what? Our activities include ceramic design, graphic design, photography, ceramic production, wholesale, retail, marketing and office work,  Did the young clerk imagine that I wanted to start a construction company in our home? I was there to pick up a simple form, not to hand it in. I left feeling quite guilty after being treated like I was under suspicion of earning a living in my own home.

In the process, I learned that there is an ordinance in Boothbay that requires anyone doing any activity in their homes for pecuniary gain, to get permission from the board. At that time the Home Occupation ordinance identified the following activities, if resulting in pecuniary gain, to require approval from the town selectmen

Home Occupation, Homemaker/Office: Occupations including, but not limited to, computer/fax/typewriter worker, investor advice and service, tele-communicator, and dressmaker, that are conducted solely by occupants of the dwelling, have minimal customer traffic and use no process or equipment that could alter the residential character of the property or adversely affect neighboring property owners (emphasis mine)

The ordinances were amended since then. Today they say this:

3.10.11.2.2 Employees There shall be no more than three employees or subcontractors other than members of the family.


Employees work on premises. Subcontractors do not. Either the ordinance is written by someone who does not understand the legal meaning of employee and subcontractor or the selectmen believe the town has unreasonable authority over the lives of its inhabitants. As written the ordinance maintains that an inhabitant of Boothbay, who produces or creates in their home, is prohibited by the town from employing more that three people who are not family members or engaging in a contractual agreement to have the same product produced in another location by someone else.

I want to believe the more innocent explanation, that the inclusion of "subcontrators" is due to ignorance or poor writing, as the second interpretation is preposterous, but there is the fact that the former version of the ordinance contained the words "Any activity performed for pecuniary gain in a dwelling unit, or other structure accessory to a dwelling unit, or directed from a dwelling unit " and stipulated that it concerned activities that "have minimal customer traffic and use no process or equipment that could alter the residential character of the property or adversely affect neighboring property owners". It is as if the selectmen are specifically targeting all independent operators and are trying to enforce conformity to a standardized life style, a corporate grid, per say, the type of grid community which motivated my parents to leave Ohio in search of a location where they were free to set up a ceramic production studio 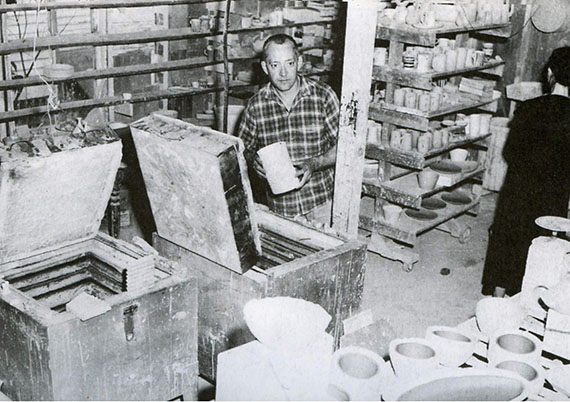 The effect of such ordinances is to put the lid on roots of the economy preventing the development of diverse opportunities and a thriving middle sector. If the current Boothbay ordinances were to apply to Andersen Design we would not be permitted to employ a size of staff we employed in the past. Our growth would be capped by the town selectmen, who have appointed themselves authority to design an economic master plan for our community. When did that become a government function? Only since the government merged into the other two sectors and engulfed all functions as its own.

Farms cannot hire more than three non-family employees and designer craftsmen, and other home based businesses. if they do diligent research will not move into the region.This is a killer for the entrepreneurial spirit.

However, the absence of a town charter does not mean there is no rule of law governing the Town of Boothbay. Pursuant to the Maine statutes, grandfathered zoning is not affected by ordinances written after the fact. The Maine Revised statutes come into play: Our grandfathered zoning status, cica 1958, still applies and today feels like an anomaly reminder of the way it once was in the golden age of America's middle class. Those were the days.

What is the Meaning of “Capitalism” and Other Out-Moded Terms?

March 19, 2021
Time for a Language Upgrade? wonderlane-unsplash In the Beginning: The true history of eleventh-century civilization is a source of inspiration for contemporary apocalypse dramas. After five centuries of living in danger and uncertainty, walls were built around the town, so that the populous could focus on living rather than surviving. The church was the center of the community, attracting fairs, incorporating a marketplace and theatre, into its orbit. Technology had not developed to the stage that it required concentrated capital beyond the means of the ordinary citizen or town, creating an egalitarian society with a locally based economy in which wealth was created through production. Artisans and tradespeople typically made up four-fifths of the town populace. In the beginning, the economy grew through the activity of industrious producers before merchants gained dominance. Barter was the currency of exchange. And so I wondered, does the early medieval society qualify as a capital
Post a Comment
Read more