Made in America VS Global Capitalism

In the last election on November 4, Year 2014. Mainer's once again approved all of the bonds asked by the state. Five out of six of these bonds will be distributed through Maine State Inc channels with the DECD Corporation being one the primary channels of redistribution of taxpayer money.

Recently I launched my own crowdfunding website AndersenDesign.biz  dedicated to capitalizing the mold making project which I have been wanting to accomplish for years- in fact my efforts to capitalize a mold making project for our family ceramic business involves the event that brought me face to face with the overlords of Maine's economy. This was the Juice Conference of 2009. If I had not attended that event motivated by finding a way to capitalize the mold-making project, this blog would not exist.


And so in this post I am going to contrast the governing philosophy of Maine State Inc- as it is found in the statutes that established the hegemonic network of "public-private relationships" with the philosophy of The Great American Ceramic Artists Designers Craftsmen's Network, which seeks to go against the grain of  the Maine government instituted  economic agenda by encouraging and supporting a network of American slip casting productions

The operating modality of Maine State Inc is expressed in the Legislative findings used to establish the DECD Corporation:

The findings begin by describing the global capitalist reality in which we exist today. Andersen Design is well aware of this reality as the ceramic industry is one of the first western industries to be affected causing most major ceramics companies with, which Andersen Design competes, to move their production over seas to global low cost labor markets. This is the response to global capitalism which the overlords of Maine's economic development have adopted. They  are in effect mandating that it is the philosophy to be followed by the entire state of Maine for our own good. The overlords who are perpetuating this mandate are the ones who will be redistributing taxpayer funding through  their cleverly designed and intentionally non-transparent system of wealth redistribution. This system serves the top tier of the economy exclusively and it is set up to have the taxpayers finance just about everything from the training of the workers to the payroll taxes of the owners of production and even to reimburse the owners of the means of production their capital investments.

And Maine State Inc has established many Marxist-styled state own manufacturing and research facilities and made sure to include the right to ownership of intellectual property within the statutes chartering the corporations in the state's network-and all of this- every aspect is founded on a philosophy that Maine has to adopt global capitalism as the foundation stone of its economy.

2002? Marxist and Socialist Studies established as a University of Maine minor.

Andersen Design has long been committed to producing our product in the USA. Are we naive? That remains to be seen/ Is the state short sighted? That remains to be seen. In 2013 the Maine legislature passed a statute affirming Maine's friendship with the People's Republic of China- citing as the primary reason business advantages.


2013 JOINT RESOLUTION AFFIRMING THE FRIENDSHIP BETWEEN THE STATE OF MAINE AND THE REPUBLIC OF CHINA
Beginning with this statement:

WHEREAS,  the United States and the Republic of China, known as Taiwan, share a most important relationship supported by our common values of freedom, democracy, rule of law and commitment to a free market economy; and…….

My father always told me that the Chinese were not to be trusted. he said they produced their products at too low a price to drive the competition out and once the competition is destroyed, the Chinese will increase their prices. In recent years the Chinese have been putting extended effort into developing a home grown consumer market- using a rather bazaar strategy of constructing entire cities built from scratch by the state on the theory that "build it and the people will move in" The overlords of Maine's economy, ever seeking to emulate the economic success of China are building their own little state planned and governed towns giving these municipalities names like "The Midcoast Regional Redevelopment Authority" and " The Lorring Development". These state governed municipalities not only defy general legal definitions of local and state governments as distinct and separate entities, but it defies the Maine State Constitution, Article IV Part Third Section 14 of the Maine State Constitution, prohibiting the legislature from chartering corporations for state purposes.

Getting back to my point- China is making a concerted effort to develop a home grown consumer market. Will the central managers of Maine's economy ask why? I don't think so. Their entire city is constructed on the philosophy of global capitalism. The hegemonic union of "public-private relationships: is too busy counting its  gold and the view looking backward is so lucrative ! And yet the same banana republic tactics used by the corporation of Maine to drive Norwegian owned company Statoil out of the windmill industry making way for the University Of Maine's  "business consortium",  to take over ownership of that industry, can be used by third world labor markets against the west, whenever those countries no longer need the western consumer market.

So is Andersen Design naive? That remains to be seen. I have visualized a strategy for putting our mold production on line- which I hope you will support HERE- but we are faced with a changing social environment in which it has become popular to support the reconfiguration of the "minimum wage" by conflating it as a "living wage?  The age old American saying "Life doesn't owe you a living (wage) " - or" Each according to their ability" - is threatened to be replaced with the communist meme of "each according to their need"- excepting of course the employer's need to have a fair exchange of value between the what worker delivers and what the employer pays the worker.

If this comes to pass, it will mean that every one who has currently earned their right to a living wage will suddenly find that they are being paid minimum wage, and they too will demand an increase in pay-and rightly so-. The result will be that the wages paid and prices charged throughout the entire system will rise, resulting in a dollar with the purchasing power equivalent to what  we nave now- at best - and so Andersen Design will just raise our own prices as well.

So we shall see, but let it be said, while I do not exclude any possibility of ever having an Andersen Design product produced over seas- it is still our intention to preserve the wonderful work process of creating hand crafted ceramic in the USA- and so my take on factoring in global capitalism is that we were doing very well in the 1980's while competing against products produced in low wage global labor markets- That's looking backward- and looking forward is that the rich of the Chinese culture like to have Western made products. Developing a reputation built on "Made in America" may be an exporting asset- and let it be said that Andersen Design is one of an elite class of American products to have been sold in the Japanese market.

One of my favorite authors is Philip K Dick, an American science fiction author. he wrote a novel called The Man in the High Castle, which I read more than once. The story is placed in an alternate reality in which the Germany won WWII. The United States is divided East Coast and West Coast. The Germans had the East Coast, the Japanese had the West Coast- and nobody cared much about what is called by some "fly-over territory" or "middle America' and so middle America was still American.

In this novel the Japanese are neurotic and the Germans psychotic. The story opens on the west coast of the USA,where there is a craze among the Japanese for collecting "Americana"- which represents to my interpretation, that when the United States is no more, the world will yearn for it- and I think that was a spot-on insight- and still is. And so maybe it is not so naive, even factoring in global capitalism, to be committed to producing a product in America- it's just that our conclusion about how one can respond to global capitalism is the very opposite of what is being advanced by the overlords charged with centrally managing the economy of Maine and using to taxpayers money to implement their vision.

So - If you are not sold on the global capitalist agenda as being the ONLY choice we have -please consider supporting my mold making crowdfunder and you will receive an American made classic at a discounted price and become part of the new evolution! 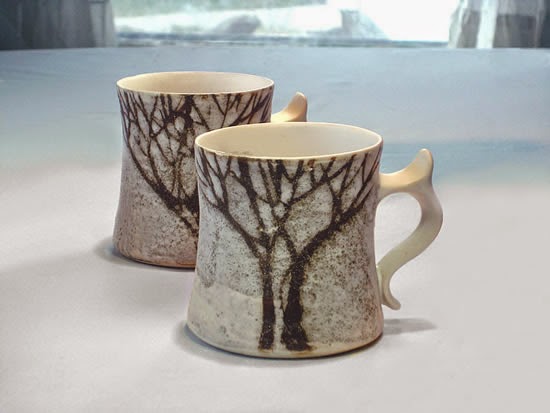