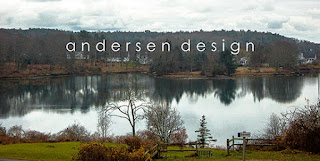 Supporters for the petition for MTI to offer fiscal sponsorship have now grown to 16 as our legacy business in East Boothbay faces foreclosure.

Let it be said that MTI matching grants can be as small as 1000.00 but small grants do not go very far. Matching grants favor large established well financed companies, all at taxpayer expense.

Fiscal sponsorship does not cost the tax payer since a fiscal sponsor can charge a fee to cover its costs and even a reasonable profit margin. Fiscal sponsorship draws upon volunteer giving. State matching grants mandate giving by the general public to special interests selected by the state.

One example of special interests favored by the state is itself, in the Public-Public Relationship of MIT and The Advanced State Manufacturing Center at the University of Maine


For projects that have received MTI funding — around 25% of the UMaine work — the university charges no overhead expenses as "it's basically the state paying the state," Belding says. Many of those projects, he says, come to the center for development work before applying for an MTI grant and have continued support after.

A better system would be for MTI's function as a matching grant provider to be replaced with MTI functioning as a fiscal sponsor, only.  This would be a fair system for all- not only for the public-private hegemony of Maine, but for all Maine entrepreneurs developing products for the market.

Tomorrow short of miraculous intervention, Andersen Design will be foreclosed and our property will be sold.

Three such foundations are Cfile Foundation- dedicated to Ceramics, The Libra Foundation which seeks to revitalize a low income rural Maine town through the arts- resonating with Andersen Design's vision of ceramic studio network across rural Maine, and the Davis Foundation which favors arts and Southern Maine.

Andersen Design has been a genuine social enterprise since its inception but when we applied to Fractured Atlas for our production, the well to do board rejected us because they said that our use of the word “production” means that we are only in it for the money. I also made a mistake in showing that if there were funding of 200,000,00. using my Dad’s parameters of operations, the profit and loss figure for the year end would show only slightly less than that, meaning we would no longer need outside funding. The board encouraged us to apply for a different purpose and so I applied for the Andersen Design Museum of American Designer Craftsmen with funding of the same amount showing a small negative in the profit and loss figure. The Museum is contingent upon the historical relevance of our family business which had been previously deemed to exist for one purpose only- the money. The Museum was accepted for fiscal sponsorship,

After failing to find fiscal sponsor ship for our core purpose and love of making things, I started this petition calling for MTI to become a fiscal sponsor, which would benefit all Maine makers, not only those favored by Maine’s public-private hegemony.

Andersen Design's intellectual assets are valuable as an internet retailer which could also feature other designer craftsmen. However, when I approached the JECD- Joint Economic Development Council of Boothbay and Boothbay Harbor- about the Museum project, several members there of flicked us away in a nanosecond with statements such as “we cannot help individual businesses, profit or non-profit”, which is hardly true in practice. The statement reflects that the JEDC sees both our long-standing ceramic design and slip-casting business and the Andersen Design Museum of American Designer Craftsmen, as having no economic development value to the community.

I submit that Andersen Design, recapitalized as a sophisticated internet retailer, has a great deal to offer any community, especially in conjunction with an Andersen Design Museum of American Designer Craftsmen. We have an established brand and an unparalleled line of designs which have maintained marketability for sixty-five years. Our first wild life sculpture is the Floating Gull, which sells as well today as it did when it was first created.  I submit that the JECD lacks true economic development vision. “Development” implies the ability to see what is possible.

I close now with a link to the letter about the transitions taking place at Andersen Design- transitions which would have a likely chance to be of another nature if we were able to apply for foundation funding.

I have approached a local non-profit whose mission includes helping people to become self-sufficient about becoming a fiscal sponsor. Andersen Design could be instrumental in helping some of those served by that foundation to become self-sufficient but the mindset is closed at that level as well. The way the current paradigm has been rigged for years is that the re-distributive sector of the economy tax payer subsidizes opportunities to expand the wealth of those above the medium income divide and tax payer subsidizes entitlements to basic living needs and services to those below the medium income divide but the services for the bottom sector do not include opportunities to develop their income. The sector drained to subsidize opportunities for the top and rations for the bottom is the middle, which once was the opportunity zone for the bottom half of the economy.  Both sides of the paradigm are locked into this kind of thinking and it will take a seismic revolution to dislodge it, but even such a revolution starts with the first step and a first voice calling for fundamental transformation.