The Importance of History

A social enterprise is an organization that applies commercial strategies to maximize improvements in human and environmental well-being—this may include maximizing social impact alongside profits for external shareholders. Social enterprises can be structured as a for-profit or non-profit, and may take the form (depending in which country the entity exists and the legal forms available) of a co-operative, mutual organization, a disregarded entity,[1] a social business, a benefit corporation, a community interest company or a charity organization. They can also take more conventional structures. What differentiates social enterprises is that their social mission is as core to their success as any potential profit. WikipediaWhen Andersen Design was first approved for fiscal sponsorship for a museum,  I was not enthusiastic. The board of the fiscal sponsor, all from corporate backgrounds, and seemingly very well to do, rejected our creative business ceramic slip-casting business as a social enterprise because I had used the word "production" in my application. The board had re-ivented the meaning of that word to signify "only being in it for the money" and so repurposed my family business, started in the 1950's with a philosophy of "creating a hand made product affordable to the middle classes" as one driven solely by the profit motive. 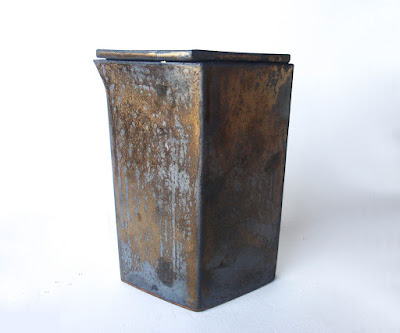 After Andersen Design rejection as a social enterprise, we were encouraged to apply for another purpose- a museum being one suggestion, and so, I applied for a museum preserving the history of a business which had just been assigned by the board to have one purpose and one purpose only- to make money. At the time of the application, the concept of a Museum of American Designer Craftsmen had not yet emerged and so the application was solely based upon a museum of Andersen Design's work. I made sure to include a budget that lost money. For this I was approved but my true passion remains my commitment to pass on the production as an art form process, which was conceptualized by my parents in 1952. As my enthusiasm for the Museum and understanding of its vital purpose grows, I also understand the importance of underscoring Andersen Design's beginnings as a free enterprise art enterprise at a time when there was far less systemic support for the arts than there exists today.

In 1952, there was no National Foundation For the Arts, and there was no ensuing wealth re-distributive non-profit arts industry. Even the trade shows had not yet been invented. Andersen Design was created as a leap of faith.  I grew up within the very long arc of that leap of faith, realized after I had left home to attend Pratt Institute, when the enterprise became financially successful, providing an upper middle class income. From a perspective of anyone whose sole purpose is to make money, the business was an abject failure taking a decade and a half of  hard work and economic hardship to reach a meager upper middle class income. 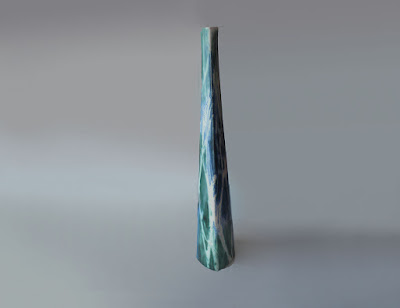 This is an important aspect of Andersen' Design's historical significance- it was the extraordinary realization of an artistic lifestyle created on a shoestring at a time when there was no larger social structure supporting the arts. My parents created the lifestyle within the free enterprise system, which has, since the emergence of the non-profit arts industry, been depicted just as the board of the fiscal sponsorship declared - as an activity which one engages in only for the money- by definition. In fact Andersen Design was a successful and individual strategy for making a living doing what one loves to do-the quintessential American dream, which lies at the heart of the free enterprise system.

Over the years as the non-profits arts industry grew, we encountered the attitude from non-profits that Andersen Design is only in it for the money because of our free enterprise corporate structure. I now embrace my role, as custodian of a unique legacy, in creating the Museum of American Designer Craftsmen, the more so as the community which was our birth place is being re-invented by developers who have no interest in the history of a place. History is important but it only survives if it is recorded. Who tells the stories that become recorded history? 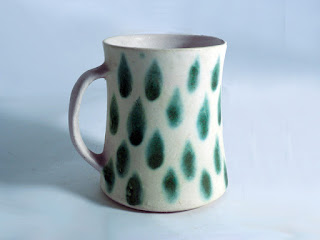 When I applied for fiscal sponsorship for our production, I applied for an amount of two hundred thousand dollars. Using my fathers parameters of operations I was able to project an end of the year bottom line which was in the black at almost the same amount, meaning that afterwards further funding would not be needed.

Our purpose as a production as an art form was rejected by the board of one fiscal sponsor but I was aware that our purpose is an exact match for the purpose of the Maine Technology Institute- to develop products for the marketplace. This has been a continual activity of Andersen Design since it was established. Our video for our Museum stands in evidence of that.

Any of the projects financed by the Maine Technology Institute stand to be financed at a much greater degree if they can apply for foundation grants. What is the resistance to this idea? I submit that it is resisted because by its current policies, MTI's projects are financed in part involuntarily by the taxpayers of Maine. Fundraising is hard!

This idea that MTI become a fiscal sponsor for all Maine designers and makers is practical and beneficial to the makers and the taxpayers of Maine. Please sign the petition for MTI to function as a fiscal sponsor benefiting all Maine makers, equally by opening up the opportunity to apply for foundation grants.